Game Design
Ghost in Our Machine is a concept for a free, independent online game designed to challenge the problem of student loneliness through positive activities. It aims to improve mood, distract from negative thoughts and encourage relaxation. The core value is to be 'uplifting', which is incorporated in the decision-making and compositions throughout.

The levels journey through student-focused environments (a houseshare, town and campus) collecting balloons, which form the jump/'uplift' mechanic for the game. Using the balloons to jump depletes the players' energy, measured in Spoons (a nod to Spoon Theory), with the aim to progress to the next level without running out of Spoons. The game has three planned levels, and as part of the project I coded an interactive demo* of the first level, built in Unity, which can be played below on desktop.
*Demo built for desktop play - arrow key or WASD controls

Displayed on app stores, Youtube and the publisher's website, the trailer would drive downloads of the game. It tells the story of the game, showing how the narrative is designed to ‘lift your spirits’, and to engage the viewer with the game’s playable character. It includes gameplay footage from all three planned levels, with original audio composed by David Dyson, directed by myself.
Guerilla Campaign

The first phase of promotion would be guerrilla marketing in the form of street art. By using humour and parodying Banksy’s ‘Girl with Balloon’, the intention is to spark curiosity and recognition of the character. It would be used around around student cities where features such as parallel lifts and sliding doors can be utilised to make the balloon and character interact.

Posters advertising the game’s release focus on the three main target areas where students may feel lonely, covering: at home, at university, and at social events. They are designed to highlight the fact that young adults can often feel alone, even when surrounded by their peers. 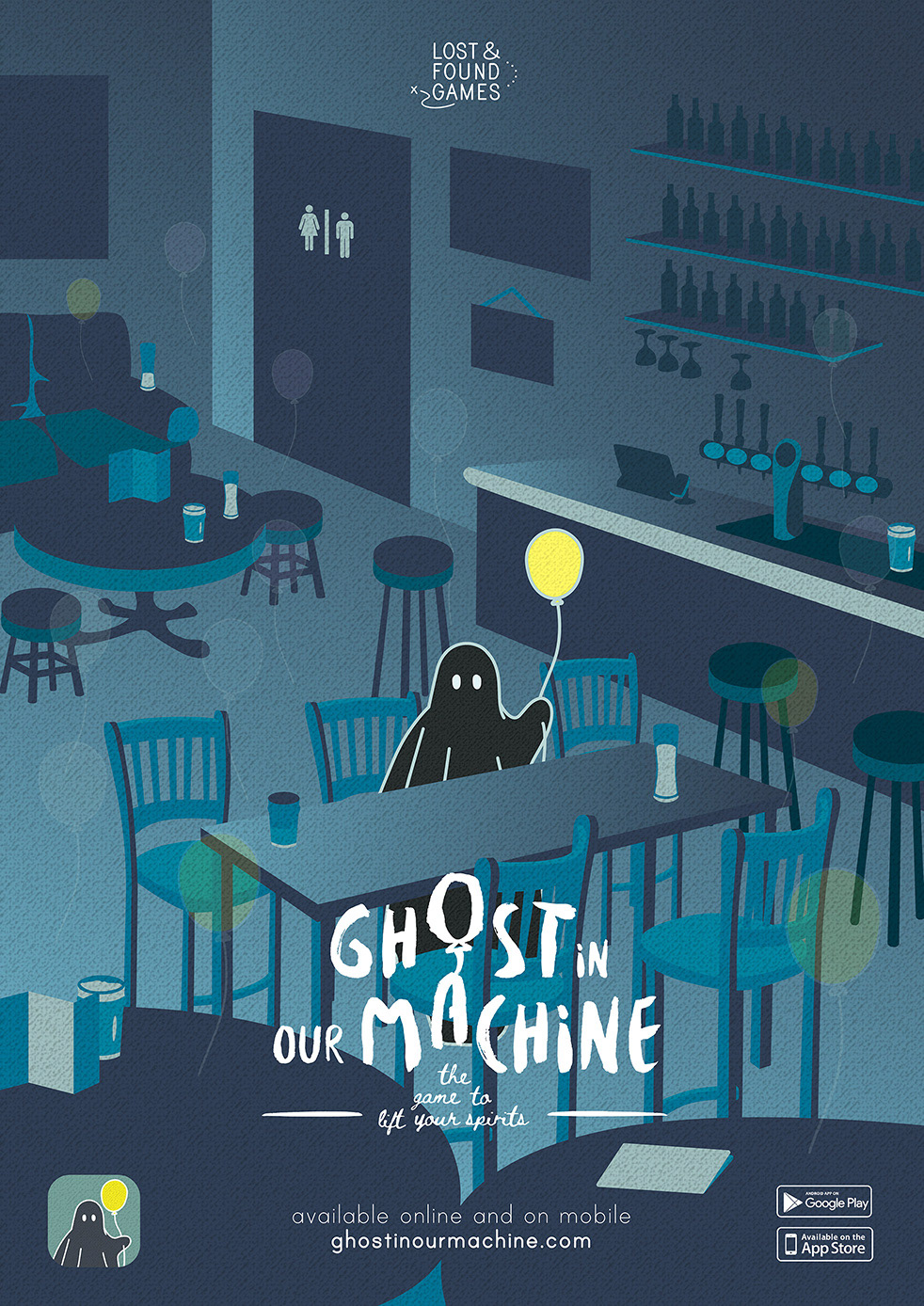 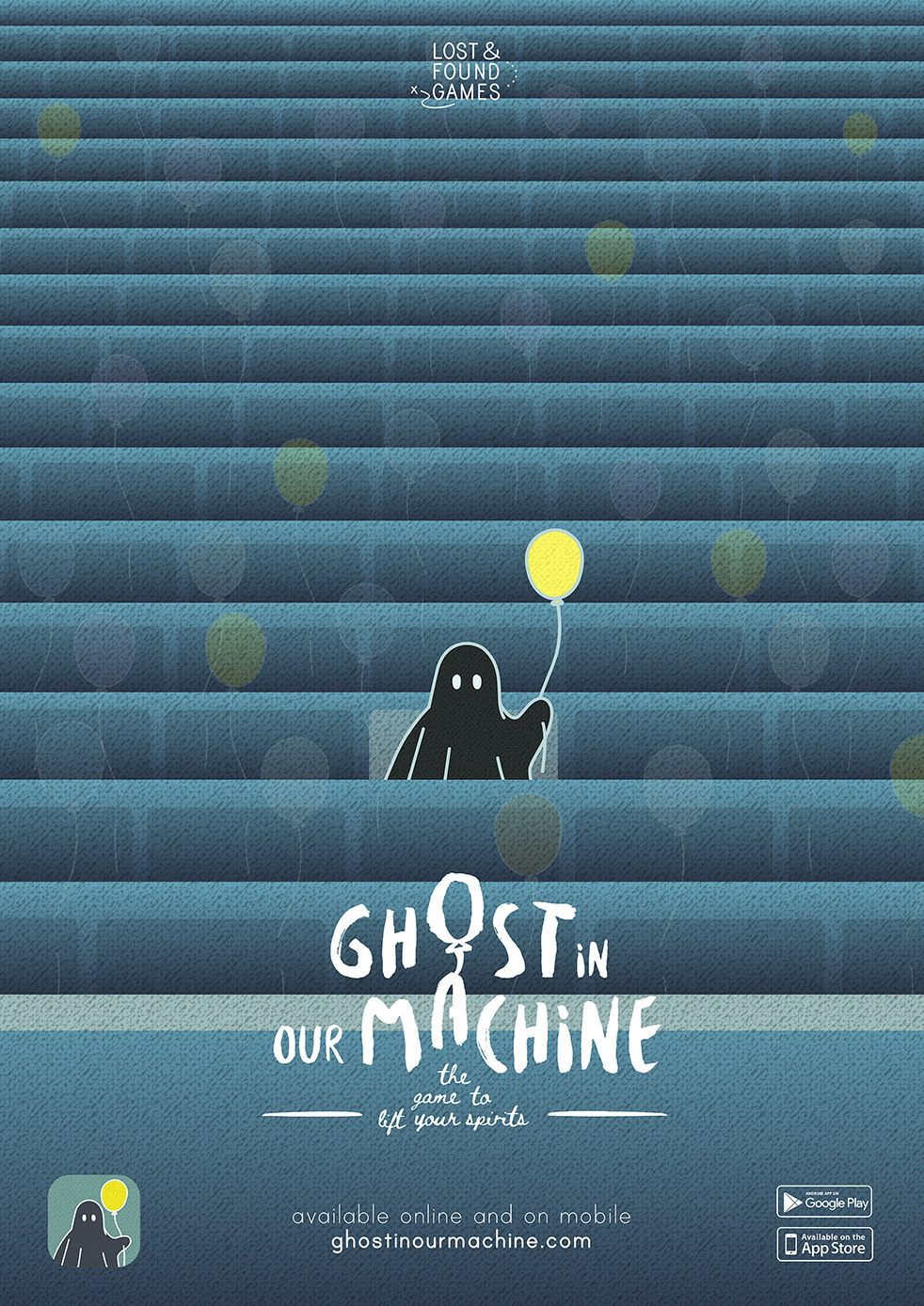 ‘21 things to lift your spirits’ is a self-care pack which acts as a follow-on to the game. Like Ghost in our Machine, it encourages positive distractions from loneliness, this time by encouraging the user to take 30 minutes a day to focus on self-care. The pack includes 21 cards of self-care activities, split into either proactive or relaxing suggestions, with a selection of accompanying ‘Ghost in our Machine’ branded products and samples. The packs would be free to order and funded by ad revenue from the game, with the option to purchase additional re-fills.

To help form a community around the game, I also designed a set of Ghost in our Machine enamel pin badges to encourage social interaction among fans. Each pin has a different meaning, and could be bought individually or as a collection with a fabric display hanger.